The Last Castle: No One is Coming

The terms “self rescue” and “no one is coming” are currently vogue in the American preparedness culture. But how do these sentiments apply to a country? From the standpoint of the nation, the United States of America is truly the Last Castle here on planet earth. Why do I say that and how did we get there?

I recently heard someone say that they hoped that if the United States was under attack that people from other countries would come here and help. That is, other nation’s firearms experts would come here and train our people. That statement gave me pause to think and think deeply. Is that a realistic hope? Can Americans expect those from other lands to come here and teach our people how to fight? Would foreigner citizens voluntarily come to the USA to fight for us? 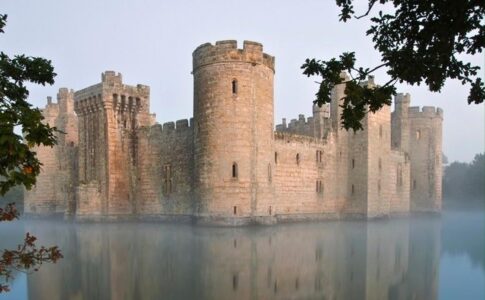 The United States of America is the Last Castle built on individual liberty.

What Happened to the “Free World”?

Consider where we are in history. Is it practical and realistic to believe that people living in socialist nations, most of which became straight up totalitarian dictatorships after 2020, would flock to the aid of the people of America? Are the people who inhabit other nations raised with a fighting spirit, a spirit of defiance and self-reliance?

When I was a young man coming of age, the United States counted many countries as allies. We considered them members of “the Free World”. Among these were the United Kingdom, Canada, West Germany, Australia and New Zealand, Israel, and France. If you go back to 1949, the 12 founding members of NATO were considered allies of the “free world”.

Only a Few Years Ago…

Compare that world of only a few decades ago to that of today. West Germany reunified with East Germany and is now a socialist state run by a woman raised as a communist. Australia and New Zealand have put the totalitarian hammer down on their people after disarming them. France is run by a socialist cuck in the pocket of the World Economic Forum or New World Order. Canada has gone the way of totalitarian dictatorships, arresting peaceful protesters, seizing their money and calling them “terrorists”. The UK has a long history of disarming citizens and subjugating them. In the UK people have been arrested for the crime of “offending” others with a social media post, an Orwellian dream. What about Israel, they are still free, right? Wrong.

The irony is that some countries whom we used to think of as our communist enemies have become more free than founding members of NATO. The people of the Czech Republic and Poland are enjoying many more freedoms than those of the UK, France or Germany. Though, they still have a way to go.

The United States is the Last Castle

I am certainly not attempting to portray the current state of the USA as all wine and roses. Liberty in the United States has been under non-stop assault since March of 2020. The corrupt, criminal government in Washington DC has an insatiable appetite for money and power to the point where they have created a national debt that would seem to be a thing of dystopian fiction.

That being said, we have some solace that those brave men who founded this nation knew that this day would arrive. They put down on paper a contract between the people and their government. Despite the fact that those in government conveniently ignore that contract, it still exists.

There is one nation on earth whose citizens comprise a genuine gun culture. No, I am not talking about Israel or Switzerland. Yes, there are countries that claim their citizens have “gun rights”. However, under close scrutiny you will see that gun rights overseas are actually expensive and strictly controlled “gun privileges”. If a citizen must present themselves, hat in hand, to the state and request permission for a license to own or, God forbid, carry a firearm, that is a privilege, not a right. The two words are not interchangeable.

Yes, I understand that firearms laws in the United States are convoluted and onerous based upon jurisdiction. Nonetheless, compared to the socialist and totalitarian governments the world over, Americans still have an opportunity to be free. Our rights are under constant assault, but the castle has not yet fallen.

The History of a Gun Culture

Thanks to the carefully written words in our contract with the government, the people of the United States have been able for two hundred plus years to form and create a gun culture. Yes, the term gun culture is used as a pejorative by the communists in the American government and their sycophant lackeys in the media. Regardless, the American citizen is alone on earth in that he can, without state approval or license, embrace his heritage and become a rifleman. The American citizen can, without permission, be a member of the gun culture.

The American gun culture has fostered the most highly educated, competent and professional small arms and tactics instructors in the world. These men are at liberty to train the citizens, not just those who wear the uniform of the state. Yes, foreign armies and police agencies undergo firearms training, but those persons are instruments of the state, not free citizens.

What other nation in the world can boast hundreds and thousands of small arms and tactics instructors who, as a matter of course, train the citizens, not just the members of the state ruling class? In what country can a man, without license and direction from their masters in government, make his living teaching good people to kill bad people? 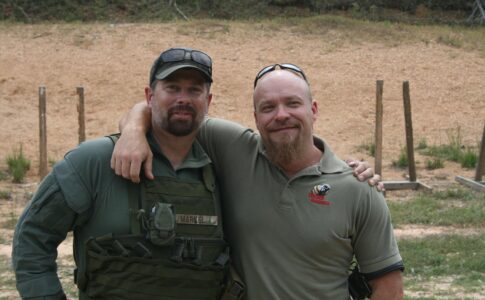 The Gun Culture is unique to the United States

No One is Coming, Expect to Self-Rescue

While we might hope that Canadians or Britons or Frenchmen or whomever would rush to the aid of a beleaguered United States, where are these members of a foreign gun culture? You see, culture is the key word in that term. How can a subject of a socialist/totalitarian state suddenly embrace a fierce sense of defiance, self-reliance and desire to fight? When a populace has been disarmed and forced to beg for permission to engage in sport with firearms, from where do they get that experience and knowledge?

If their money is stolen through taxation in exchange for social programs. If the people are trained and conditioned to first and always seek permission from their masters in government. How do they become lovers of liberty and fighters for freedom? From where do disarmed men derive a life’s worth of education and experience with arms? Do such men exist? Yes, but they are rare indeed.

Before you write me letters, I am not saying that there are not people in other nations who have a desire to be free or who recognize the corruption of their governments. I watched with pride as the Canadian truckers stood up to the criminals in Ottawa. Desire to protest is wonderful, but desire does not equal skill, knowledge and experience. There is a big difference between wanting to do something and having the ability to do that thing. Organizing a protest via social media is not akin to training citizens to use arms to fight for liberty.

To my dear readers who are residing in free America. I must reiterate this critical reality, the United States is the Last Castle built upon individual liberty and perhaps the only one to ever exist. It is you, the men and the women who inhabit the castle, that will be instrumental in determining whether the castle falls or remains intact. No, this is not an easy task or an undertaking to be considered lightly, it is however, the present state of affairs here on planet earth.

The United States can still be the ‘shining city on a hill’, we can inspire the world as we once did. Nonetheless, the task  of defending the castle is yours to undertake. We can safeguard the last castle or we can let it fall. Keep in mind, once fallen, there will be no one left to rebuild it. As for me, I will spend my last breath on the wall. Will you join me?